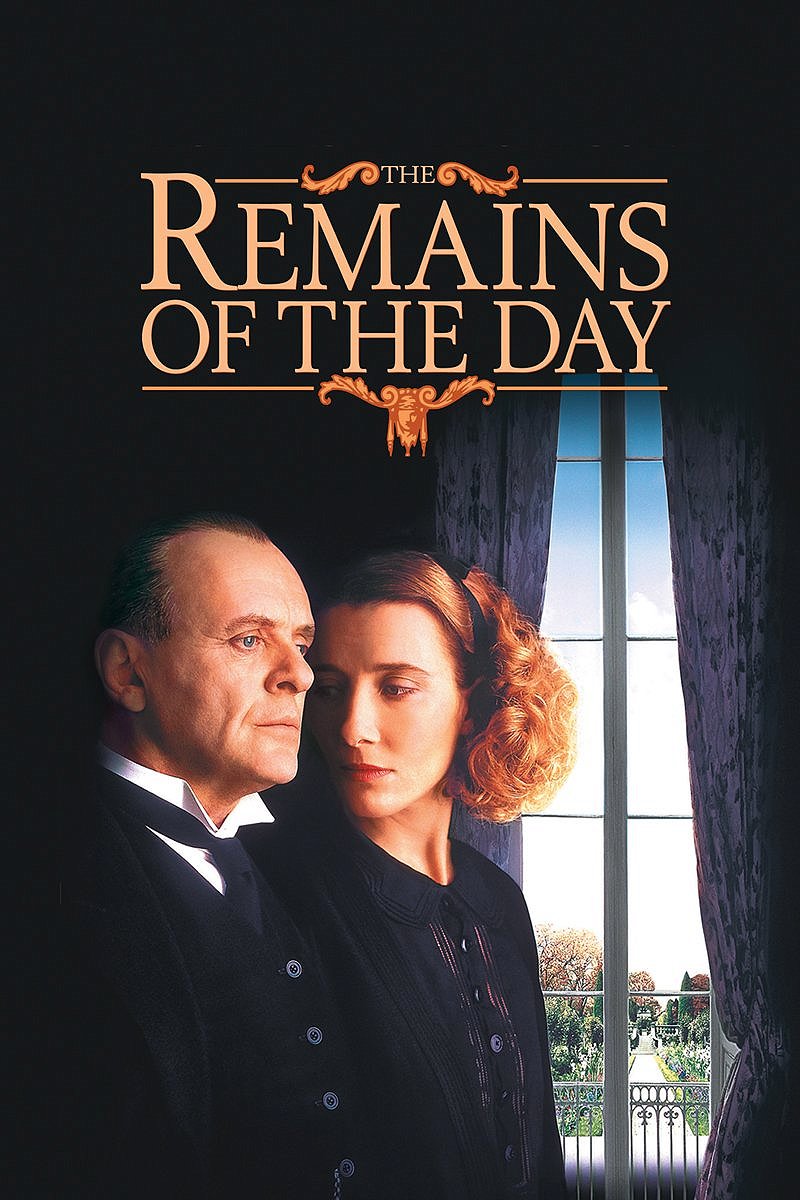 The Remains of the Day

In the entracte between world wars, Stevens (Anthony Hopkins) is the perfect English butler at the estate of the politically-inclined Lord Darlington (James Fox). Stevens's obsessively dutiful, thoroughly unsentimental way of life is challenged with the arrival of the new housekeeper Miss Kenton (Emma Thompson), who is as spirited as she is capable. Stevens's myopic worldview, his unequivocal loyalty to his master, comes to blows with Miss Kenton's sense of moral outrage as Lord Darlington is made an unwitting Nazi pawn. While England wavers between "peace in our time" appeasement and war against Hitler, Darlington Hall becomes the fulcrum upon which the fate of the continent rests and Stevens, who has spent his adult life more concerned with attending to his master than with attending to his own personal happiness, begins to awaken to the possibility of a relationship with Miss Kenton.

Based on the 1989 Booker Prize winning novel by Kazuo Ishiguro. The Remains of the Day is told in a series of flashbacks as Stevens, near the end of his life, makes a trip across the English countryside for a meeting that he hopes might reconcile his past mistakes.

Hopkins received an Academy Award nomination for his subtle and penetrating portrayal of Stevens: in his tight shoulders and breathy hesitations, Hopkins discovers a deep humanity in a man who would leave his father's deathbed to wait on his master at a dinner gathering. His rapport with Thompson, who also received an Oscar nomination, creates some of the most iconic and psychologically charged romantic tension in recent film history. The supporting cast includes Hugh Grant as Lord Darlington's nephew, the enterprising journalist Cardinal; and Christopher Reeve as the American politician who tries to open the eyes of the English aristocracy to the imminent Nazi threat.

Ruth Prawer Jhabvala received an Oscar nomination for her transformation of Ishiguro's first-person narrative into a drama that preserves the ironies of Stevens's interior landscape while expanding the socio-political world he inhabits. Impeccably photographed by Tony Pierce-Roberts on location in four great English houses (principally at Badminton House in Avon and Powderham Castle in Devon), the film's lavash interiors are not only a visual flourish but a dramatic element: as the fate of the world is decided in its rooms, Darlington Hall becomes a catalogue of all European civilization, which hangs in the balance of the Nazi threat.

The senior reviewer of The New York Times called The Remains of the Day the "deepest, most heartbreakingly real of the many extraordinary films directed by James Ivory." Ivory won Director's Guild of America, Golden Globe, and Oscar nominations for his work. The film is pervaded with the air of something lost, both in the England of Stevens's road trip -- in pub chatter, in bedside photographs of the war dead -- and in the butler's missed opportunities. In an often--quoted scene, Stevens refuses to reveal to Miss Kenton the title of the book he is reading; persistent, she eventually peels his fingers away to find a sentimental love story. Stevens can only bring himself to say that he is reading it to increase his vocabulary. It is one of the cinema's most affecting portraits of solitude, regret, and the tragedy of what might have been. 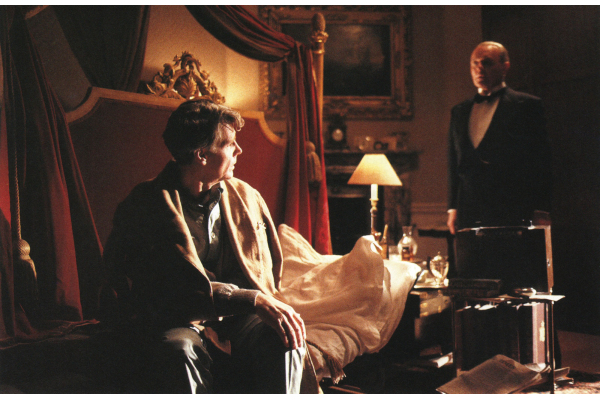 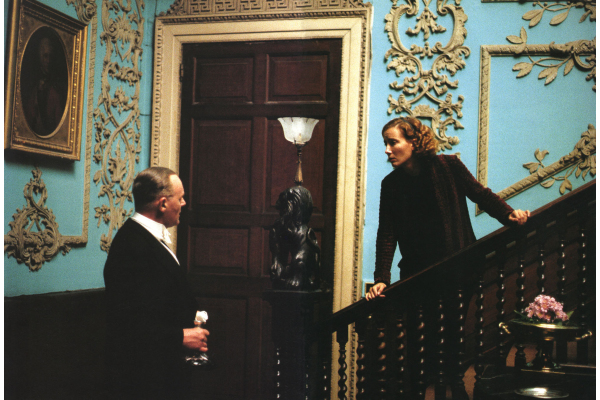 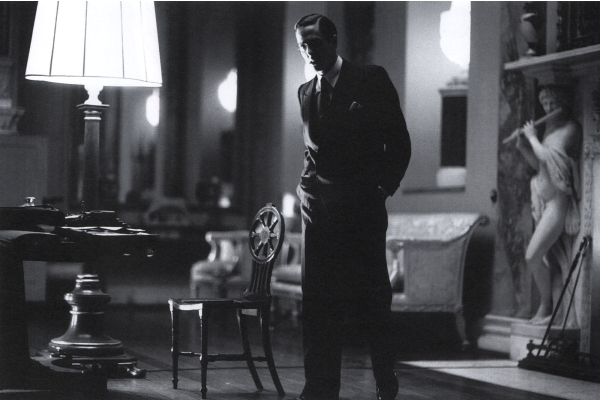 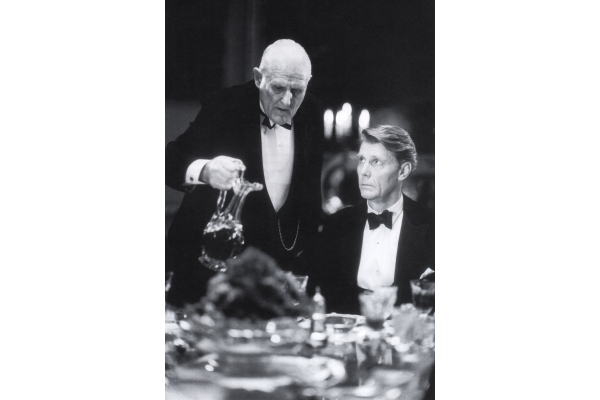 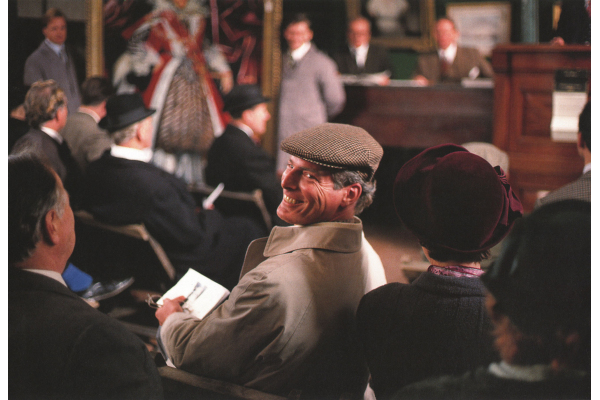 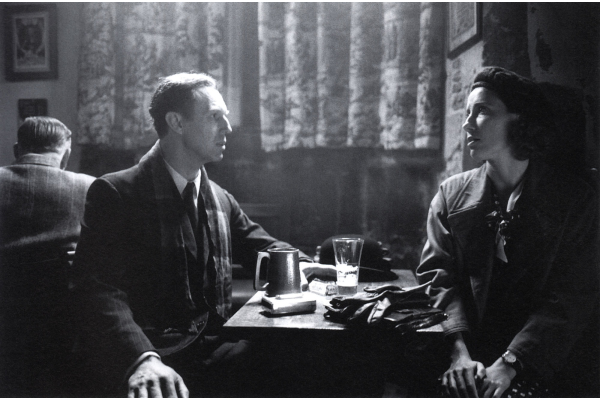 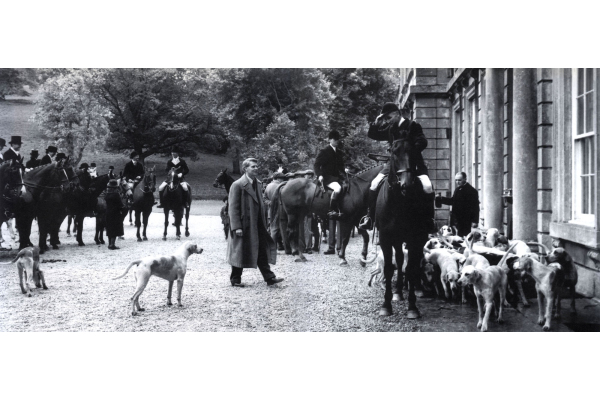