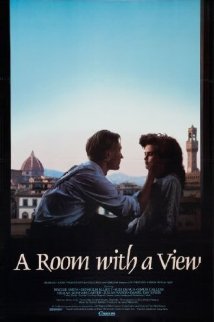 A Room with a View

A Room With a View captured the attention of the world upon its release, bringing the novel by E.M. Forster to dazzling life in the Florentine countryside and in the well-appointed homes of the English Edwardian upper classes. A comedy of manners with a quick wit and impeccable comic timing, A Room With A View is also a portrait of the quiet solitude that lies beneath Forster's characters, and of the need for human connection in a world of rigid convention.

The young Englishwoman Lucy Honeychurch (played by Helena Bonham Carter), arrives in Florence on a Baedecker-style grand tour with her aunt Charlotte Bartlett (Maggie Smith). Through a series of events involving English expatriates Miss Eleanor Lavish, an unflappable novelist (Judi Dench), and the Emersons, a free-thinking father and son (played by Denholm Elliot and Julian Sands), Lucy's life is changed forever under a loggia in Florence and in the Tuscan countryside.

Lucy returns from her sentimental journey to her mother, brother, and their local vicar in England (played by Rosemary Leach, Rupert Graves, and Simon Callow) and attempts to resume her life as it was before her trip, consenting to an engagement with Cecil Vyse (played by Daniel Day Lewis), a bookish snob who never uses an English word when an Italian or italicized one would do. Lucy must then choose between an easy but untruthful life as Cecil's wife and one that will require a renunciation of all she has been taught at her childhood home at Windy Corner.

Ivory's delicate and playful direction spirits us from an adventure in the back alleys of Florence, lost with Dench and Smith, to the lace-parasolled rigidity of English lawn parties. Shot on location in and around Florence (including unforgettable scenes in the Piazza della Signoria and at Giotto's frescoes in Santa Croce), A Room With A View made stars not only of Bonham Carter, Day Lewis and Sands, but of the Tuscan landscapes (as photographed by Tony Pierce - Roberts) and Puccini arias (as sung by Kiri Te Kanawa) featured throughout.

Ruth Prawer Jhabvala's Oscar-lauded screenplay, to which the director contributed, continues to be regarded as one of the best literary adaptions ever written for the screen. Maggie Smith received an Academy Award nomination for her portrayal of Charlotte Bartlett as at once an incisive schoolmarm and a poignantly lonely woman; as did Denholm Elliot, for his childishly knowing portrait of Mr. Emerson.

A Room With A View was the third novel to be published by E.M. Forster, in 1908, although it was the first he seriously worked at, beginning it during a trip to Italy in the winter of 1901 - 02 when he was twenty-two. He put it away, however, and brought out first Where Angels Fear To Tread (1905) and then The Longest Journey (1907). Forster's notes made during his Italian stay show the triangle of Lucy, Miss Bartlett and a shadowy George Emerson already in place, as well as the two Misses Alan and the novelist, Miss Lavish. In these first notes, the story begins in the Pensione Bertolini in Florence, but breaks off before the return to England, and its various sketchy episodes bear little resemblance to the finished work. In 1903, Forster went on with his novel, and now Cecil Vyse makes his appearance, as well as old Mr. Emerson, Reverend Beebe, and Lucy's mother and brother Freddy. The action, commencing in Italy as before, is carried forward to England, but the plot was unresolved when Forster laid the novel away for the second time. We are lucky that he did not continue, for this version the story ended tragically -- and a bit farcically -- with George riding his bicycle into a tree during a storm.

These early drafts have been published by Edward Arnold in an intriguing little book called The Lucy Novels (1977), edited by Oliver Stallybrass. In it one may follow to some extent the development of the novel which Forster admits may not be his best, but which he says may very well be his nicest. He liked, too, the character of Lucy Honeychurch and, somewhat dyspeptically comparing her with the women in Howards End (1910), counted her as one of his few successes. To me, in some ways, she may be looked at as an early sketch, in terms of behavior, of Adela Quested in A Passage To India, published in 1924. Both women seem to be fighting their own best natures, to be hysterically turning away from any kind of honest introspection, and at a crucial point in the story, to be embarking on an enterprise which will plunge them and everyone who loves them into misery.

The Lucy Novels also contain some bits useful to the film which are not to be found in the published novel. The scene between Lucy and the guide in Santa Croce, for instance with its mish-mash of Italian and pidgin English, is from Forster's notebook, as are a number of visual details one is grateful to have. It is revealing, too, about the originals of some of the characters: George Emerson began as Forster's Cambridge friend, Hugh Meredith, Forster designating the character by the initials H.O.M. in the opening entry of his notes. As a type, Miss Lavish was based on Emily Spender, a writer Forster and his mother met in their travels, swinging about in a military cape and affecting thin cigars in the pensione smoking room. 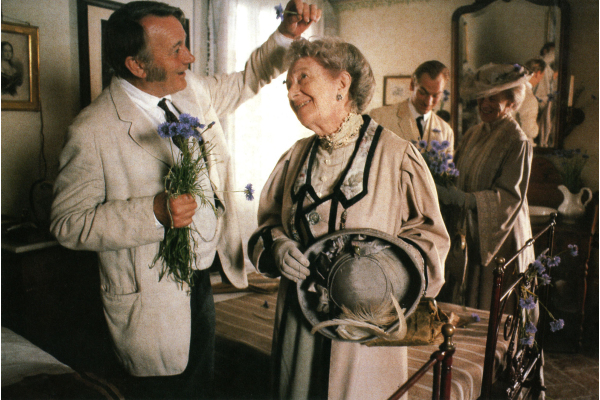 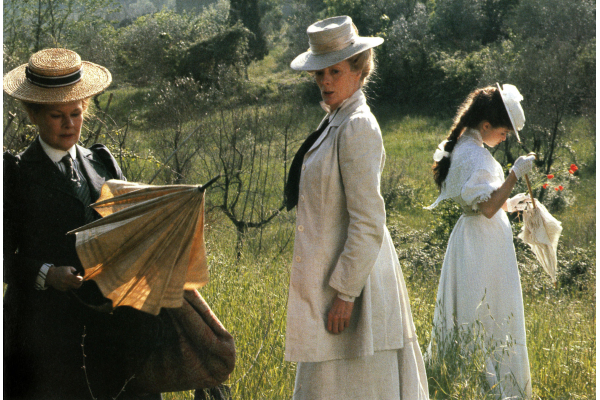 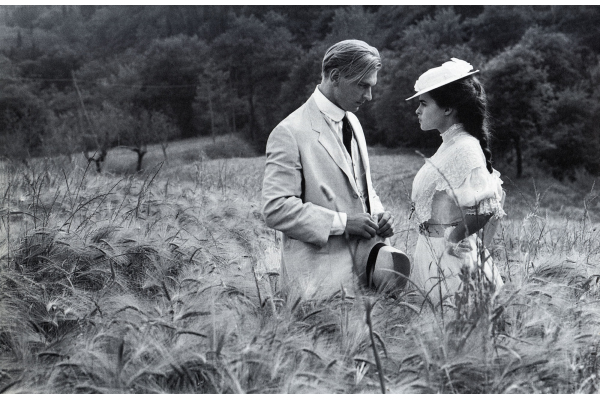 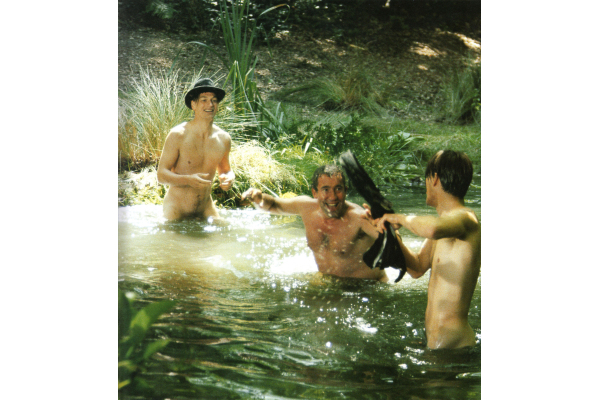 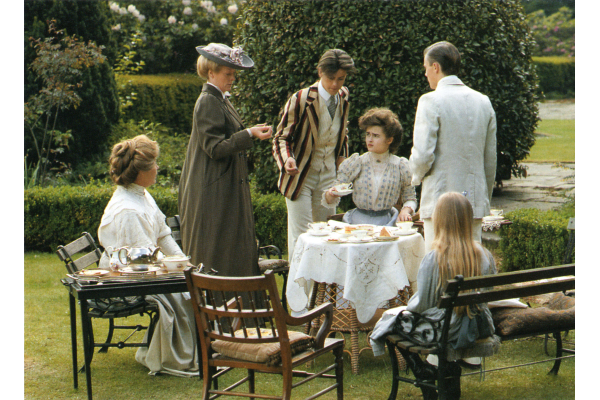 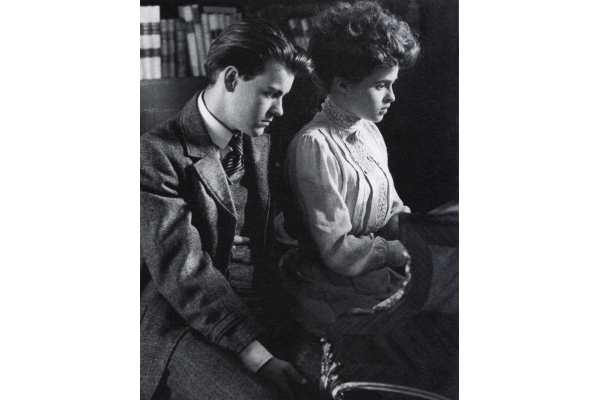 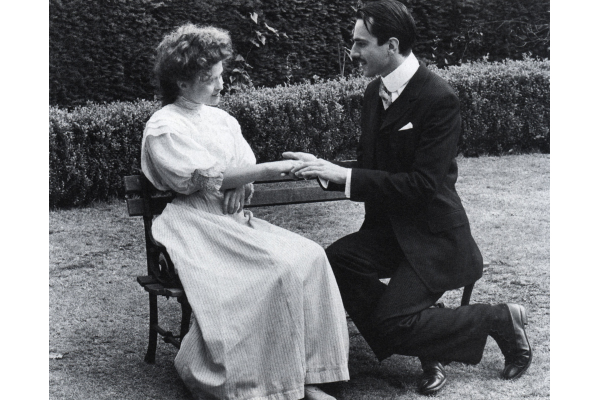 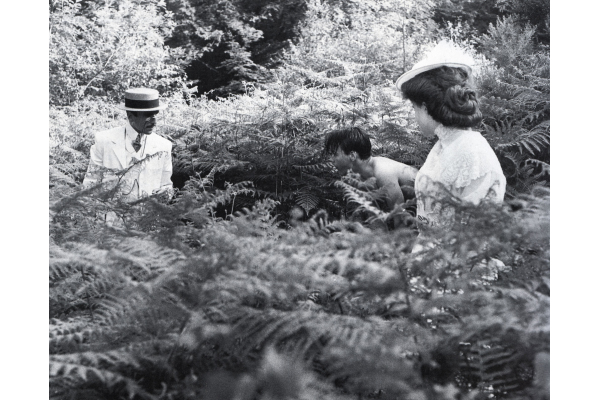 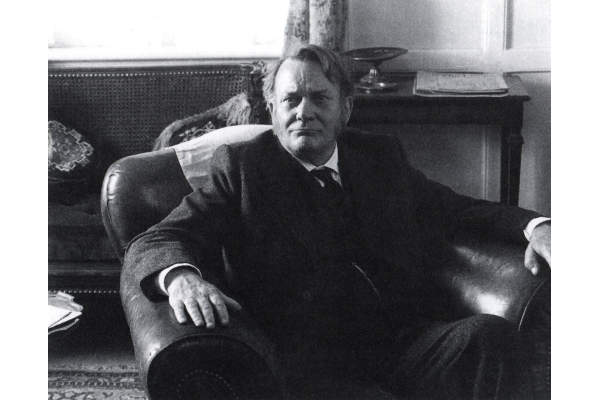 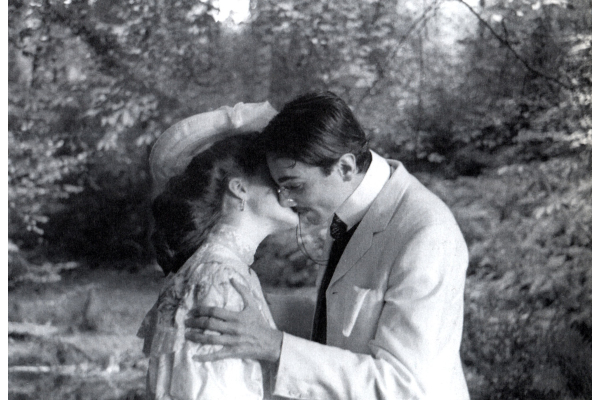