To Be Directed by James Ivory 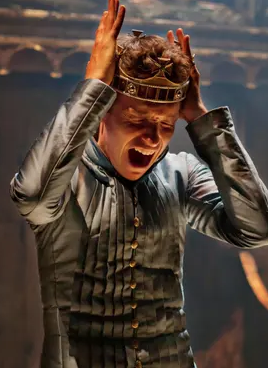 Richard II, set around the year 1398, traces the fall from power of the last king of the house of Plantagenet, Richard II, and his replacement by the first Lancaster king, Henry IV (Henry Bolingbroke).  Richard II, who ascended the throne as a young boy, is a regal and stately figure, but he is wasteful in his spending habits, unwise in his choice of counselors, and detached from his country and its common people.  When he begins to “rent out” parcels of English land to certain wealthy noblemen in order to raise funds for one of his wars, and seizes the lands and money of a recently deceased and much respected uncle to help fill his coffers, both the commoners and the king’s noblemen decide that Richard has gone too far.

Director: James Ivory (The Remains of the Day, Howards End, A Room With a View)